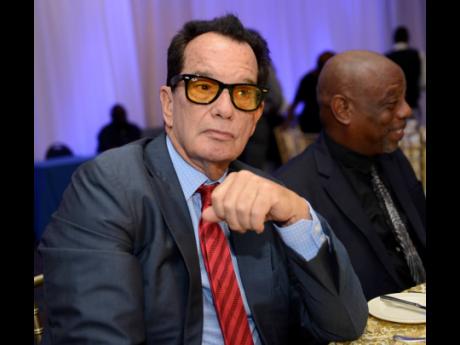 Shorn Hector
Josef Bogdanovich, representing Reggae Sumfest 2018, the award recipient in the category of entertainment at the RJRGLEANER Honour Awards 2018, held at The Jamaica Pegasus hotel in New Kingston earlier this month.

The twin-island republic of Trinidad and Tobago, which has been selected as the first place to kick off the Reggae Sumfest launch parties for 2019, also enjoys another first. It’s the first time that the reggae festival will have a launch in that soca and dancehall-loving Caribbean island, and according to Downsound Entertainment boss Josef Bogdanovich, the expectations are high.

Bogdanovich told The Gleaner that the Trinidad-based Caribbean Airlines has jumped on board as the presenting sponsor for the week-long festival, which gets underway on July 14 with the Sumfest Mawnin Medz beach party, followed by the Street Dance, All-White Party, All-Black Blitz Party, Global Sound Clash, and the Reggae Sumfest Symposium.

“We are happy to have Caribbean Airlines on board, and they have some great packages on offer. We’re also having an eye-catching promotional campaign in Trinidad to encourage support for Reggae Sumfest from the Caribbean,” Bogdanovich explained.

The Trinidad launch is a little over a month away. It takes place on March 29, after which there will be the launch in New York on April 17; Montego Bay on May 15, and Kingston on June 2.

The organisers are also looking at the possibility of doing one in London as well, even against the background of a festival that has attained global reach via live streaming. “We are looking to spread our reach internationally and, therefore, London is ideal,” Bogdanovich said, adding that the Jamaica Tourist Board is on board. “The aim of this strong marketing approach is to attract visitors to the island and fill hotel rooms.”

With preparations for the greatest reggae and dancehall festival in high gear, reports are that early-bird ticket sales are off to a good start, with online tickets selling out in less than two days.

A press release from the ­organisers stated: “Ticket sales have gotten off to a running start, following a early-bird ticket flash sale, inclusive of both general admission and VIP passes that sold out in less than the 48 hours allotted for the online sale.”

Bogdanovich also told The Gleaner that almost every act has been confirmed for this year’s line-up, but the only names released so far are Jah9, Tarrus Riley and Protoje. He promised, however, that he will have a big announcement soon.

“I do big things, and this one will be really big,” an excited Bogdanovich reiterated.