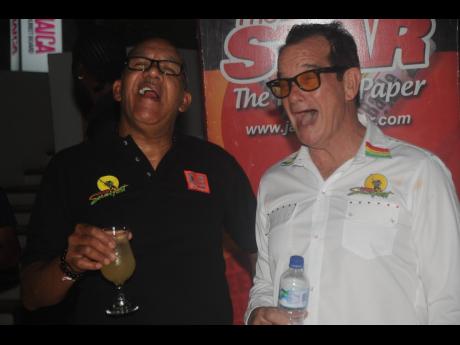 With a raging bonfire giving a silvery look to the beautiful white sand, and the full moon overhead adding a golden glow, it was all fun as locals mixed and mingled alongside the curious guests at the western city’s official launch of Downsound Entertainment’s Reggae Sumfest 2019 at the Iberostar Grande hotel in Montego Bay, St James, on Wednesday night.

“It is going to be a fantastic festival and I am really looking forward to giving the patron a fantastic experience,” said Downsound Entertainment’s CEO, Joe Bogdanovich, who acquired the Reggae Sumfest franchise in 2016.

The five-day festival blasts off on Sunday, July 14, and will see the likes of Beres Hammond, Chronixx, Buju Banton, Beenie Man and Bounty Killer among the heavyweights performing.

Five of the artistes booked for the 2019 edition of Reggae Sumfest delivered sneak previews of what to expect when they grace the main stage of the reggae festival in July.

Shauna showed a lot of ‘skin,’ and created a nice buzz as she delivered Independent and Control Button. Shane E was velvet-smooth, dishing out, Bad Mindand Get a Fight; while Keniel Merital was vocally powerful in unleashing, Money Nuffand My Money.