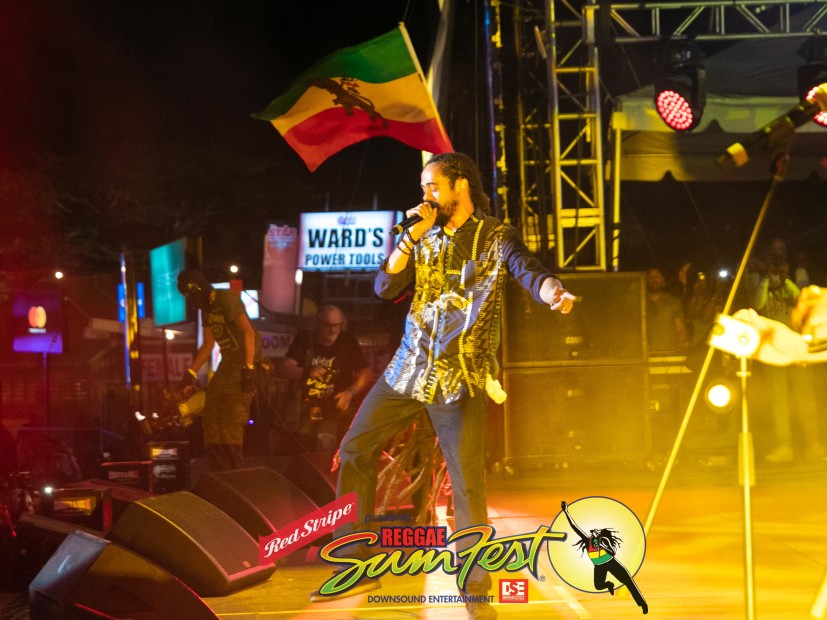 Is there such a thing as a good stereotype?

When it comes to being in Jamaica, I’d say yes. The people are friendly,

and living in low-maintenance harmony.

Such attributes are commonly and universally understood when it comes to

visiting the Carribean countryside but to actually experience it the flesh

resonates so much more real-life emotion.

I was fortunate to not only experience Jamaica’s prized attraction, Montego Bay

but its world-renown Reggae Sumfest — powered by Red Stripe.

This past summer marked the 25-year anniversary of the mega-concert series.

And the semblance resonated with all artists who were present. Whether it was Popcaan

or Spice or I Octane and Agent Sasco f.k.a. Assassin — all the way up to the royal pipeline

of Damian Marley performed with an extra dose of pride, seeing that the event was now a

I witnessed Maxi Priest belt out vocals so pristine that you would think he was a new artist.

real winner of the two-day affair was Bounty Killer, who had graced the Reggae Sumfest

historic roots to the origins of its drum playing, I discovered how much reggae music mirrored

Hip Hop. It was the rebellious voice of the people who fight for freedom at any costs.

To experience the Reggae Sumfest for yourself, visit www.jtbonline.org.

Check out more pictures from the dynamite affair down below.